According to the locals, a gold assay office built in the area in 1904 slid from its foundation in the early teens, coming to rest at an odd angle. Odd angles seem to create an illusion of objects seemingly rolling uphill. The same optical illusion can be seen in Pennsylvania's Laurel Caverns and at Santa Cruz, California's Mystery Spot which are copies of the The House of Mystery at The Oregon Vortex. Oregon Vortex is also famous for "height change" as the relative height of the two people changes varying on where they stand." Most people believe this effect happens due to a distorted background which results in a forced perspective, as with an Ames room. It should be noted, that photographs published at the official website of the attraction appear to demonstrate the same apparent height anomaly even when the potentially confusing perspectives of the background are removed, and can be done so with any pictures taken.

According to the legend, the Native Americans in the area considered the area of land as "The Forbidden Ground." Their horses would refuse to enter the area and, as result, neither would they. In fact, it is said that the area is void of most animals of all shapes and sizes who refuse to go anywhere near it. A geologist by the name of John Lister reportedly came to the area in the 1920s and was so baffled by what he saw, he stayed there the rest of his life performing all sorts of tests and developing theories. He opened the grounds to the general public in 1930 and continued to probe its mysteries until he died in 1959.

Geology and Nature Around Us

The Rogue River begins in a volcanic area high in the Cascade Mountains, just inside Crater Lake National Park. The Rogue enters the Bear Creek Valley in the Agate Desert, an arid region covered by massive deposits of river gravel. Below Table Rocks at the Gold Ray Dam, the Rogue officially enters the Klamath-Siskiyou mountain system. This area contains a variety of formations representing several periods of uplift and erosion, as well as intrusions of granitic rock. In places, the rock formations contain greenstone, partially metamorphosed basaltic lava from 150 million years ago. Cracks and fissures of this rock are often filled with white quartz. These veins may contain flakes of gold and silver. Other rock types in the area contain gold-bearing quartz. Sedimentary limestone is located downriver from Gold Hill, as are rock formations metamorphosed into marble.

The river directly above Gold Ray Dam is placid. Below the dam, however, the river offers Nugget Falls and Powerhouse Rapids that challenge world-class kayakers. With the removal of Gold Ray Dam and the old power house in August of 2010, the Rogue River runs unimpeded by man-made obstacles.

Birds such as wegions, mergansers, kingfishers and Osprey in season, as well as many brush-loving birds can be viewed at the Gold Nugget Wayside upriver from the Gold Hill Sports Park and walking trails. Muskrat, porcupine, skunk, raccoon, several squirrel species, rabbit, deer, turkeys, fox and an occasional cougar are among the animal population. Every year those who enjoy fishing are lured to the Rogue River because of the vast runs of salmon and steelhead trout.

During the 100 nearly perfect days between Memorial Day and Labor Day, visitors, families, and friends take advantage of a variety of “floats” in everything from guide led drift boats to rented rafts, Tahiti's, kayaks and inner tubes. 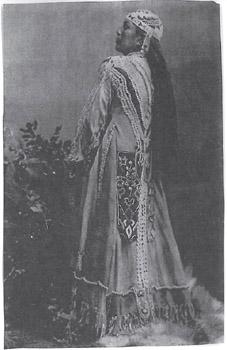 Euroamerican newcomers referred to all Native American tribes living the in valley as Rogue River Indians. It was the Takelma who lived along the river, usually in small villages. In 1827, Peter Ogden reported seeing six large houses on the north bank of the Rogue River. This was probably Dilomi located near the falls the Takelma named Tilomikh, upriver from Gold Hill. The houses may have been occupied by as many as 20 people and used as a winter community. There was abundant material for shelters and the river provided salmon, trout, and crawfish, which were caught by hook or net. Local oaks provided acorns that could be processed and ground into mush. Acorns and camas bulbs were dietary staples.

Most Takelma that survived the Indian Wars of 1851-1856 were removed to reservations at the conclusion of the hostilities. Lady Oscharwashna was identified as the last of the Rogue River tribes. When Jenny died in 1893, she was said to be about 65 years of age. She was laid to rest in the traditional, elaborately decorated buckskin robe. It was reported that efforts had been made to purchase the beautiful garment to exhibit at the World Fair in Chicago, but Jenny refused all offers.

The Euroamerican history of this area began with sparse settlement on donation land claims, and was spurred by the discovery of gold on “Big Bar” on the Rogue River in the early 1850’s. In 1852, Colonel William T’Vault and his family took up a donation and claim on the south side of the river, opposite the present City of Gold Hill, and named it Dardanelles. Postal service was initiated and a small settlement developed. In 1860, the first steam quartz stamp mill in Southern Oregon was brought in to replace the mule driven arrastas. The mill operated day and night to crush ore from the rich “Gold Hill” pocket mine discovered earlier that year in the hills on the south side of the river by a farmhand of local land baron, Thomas Chavner.

Down the trail in the area of the old power plant is the site first developed by the Trumble Brothers, Eugene and Julius, in the early 1880’s for their gristmill. Local farmers brought corn, wheat, and barley to be milled. The mill was purchased in 1890 by Jesse and A.J. Houck, who increased the capacity of the Rogue River Milling Co. by changing to rollers. Local farmers continued to be the primary customers, but reportedly, grain came in from as far away as Klamath County. Heavily loaded wagons of grain ere pulled by four and six horse teams, the led horses wearing bells that could be heard from afar. The milled goods were a local market product. A two-stamp quartz mill was added to the property for reduction of ore from the Ross mine operated by Jesse Houck. A power plant built back of the four mills provided electricity for the site, as well as for the town of Gold Hill beginning in 1902. Mr. Houck had earlier helped to establish the town's first water supply by building the Houck Dam. These buildings have not survived. 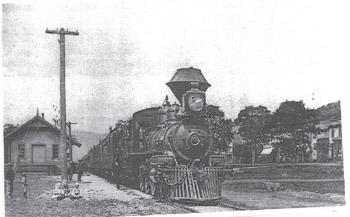 It was not until the coming of the railroad that Gold Hill developed. In competition with Rock Point, three miles downriver, for placement of a station, Thomas Chavner sold the right of way through his land to the Oregon and California Railroad in 1883. The next year, Mr. Chavner hired surveyor J.S. Houck to plot a town site. Mr. Chavner and his wife Rosa donated land for the town site giving the streets and alleys to the public. The railroad built a station, a large section house for their foreman, and a tool shed. Most of the odd numbered lots were sold to the railroad landholding company, while Mr. Chavner offered the even lots for sale. The first lot (where the United Methodist Church now stands) was sold to M.E. Pogue for a store. He soon added a warehouse for his large inventory of farm equipment. After incorporation, the city served as the center of the quartz mining industry and became an important railroad station  for agricultural and livestock products.

The Beaver Portland Cement Company began operations of their Gold Hill plant in 1914 and was the largest single industrial enterprise in Southern Oregon at the time. The plant operated until 1968. In the early days, Gold Hill prospered with the influx of laborers and professionals brought to the City for construction work. The hotel, rooming houses, and restaurants enjoyed this surge in business. A power plant was later built on the Rogue River a few miles upstream from Gold Hill. The plant supplied power for the cement company, as well as providing electricity to light city streets. However, the three turbines at the power plant wouldn’t operate when the water was too high or too low. During the down times, power was purchased from COPCO, the electric company that also supplied residential power to town, generated further upriver at Gold Ray Dam. The deserted cement company power plant building can be seen along the walking trail behind the Little League fields.

Here's Some History That Goes With Some of Our City Streets

Dardanelles St
Dardanelles settlement to south, site of the first post office in the county, 1883